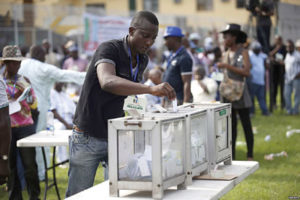 Yoruba Community in Plateau sensitises members on security during election.

Ahead of the general elections, the Yoruba community in Plateau State has called on its members to be vigilant during this elections period and remain peaceful and law-abiding during and after the exercise. This is even as a coalition of Civil Society Organisations under the aegis of Women Situation Room in Nigeria has held a rally to sensitized citizens of Plateau State on the need to ensure a hitch-free exercise. The Yoruba Community Development Association, YCDA, in a statement issued in Jos and signed by its Chairman, John Ogunmola and Secretary, Taiye Adesola said: “We call on our members who… continue reading